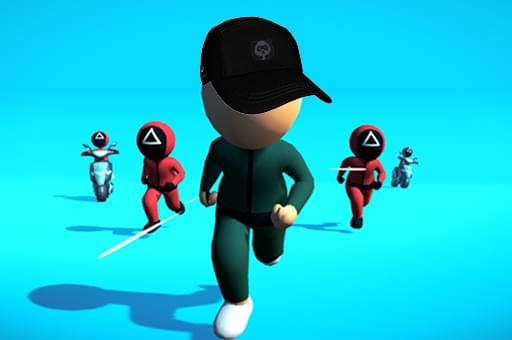 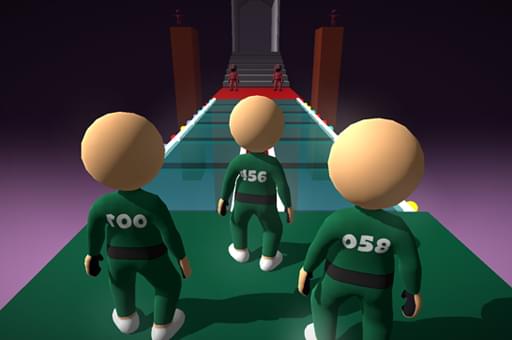 You have to find the right glass on the challenging glass bridge and pass over it. You must follow the green path shown for player 456 to select the correct glass block. Also, if you can't get to the other side within the specified time, the game is over. You can improve your memory by having fun with 50 different levels. Get your attention and start playing now to get to the other side without breaking the glass!

Select the glass pane you will go to with the left mouse click. 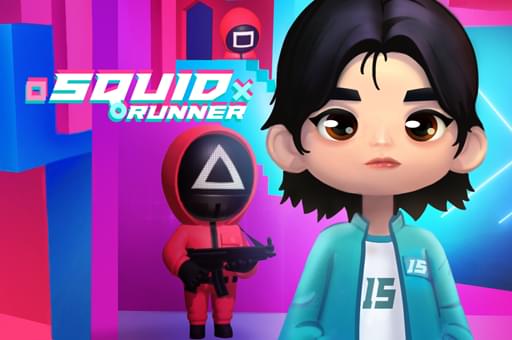 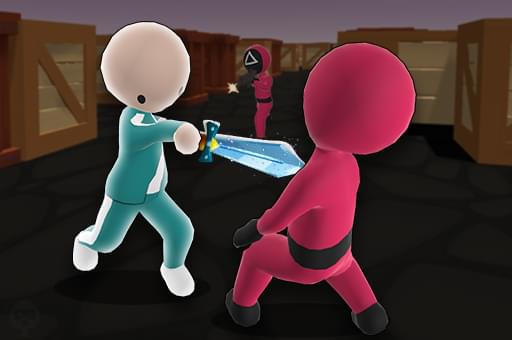 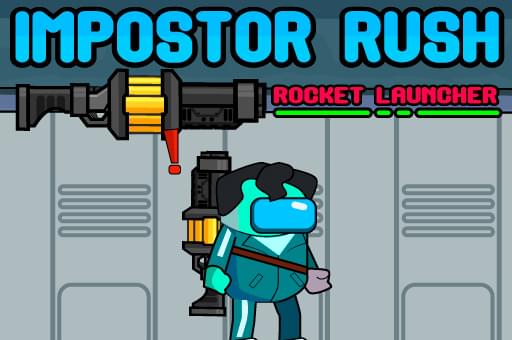 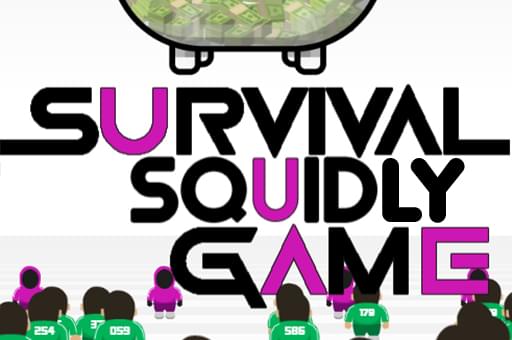 Survival Squid Game is about earning a final reward of 45.6 billion, by surviving six rounds of survival games, including Red Light, Green Light, Dalgona Candy, Tug of War, Marble Game, and Glass Bridge. Can you be the choosen one? 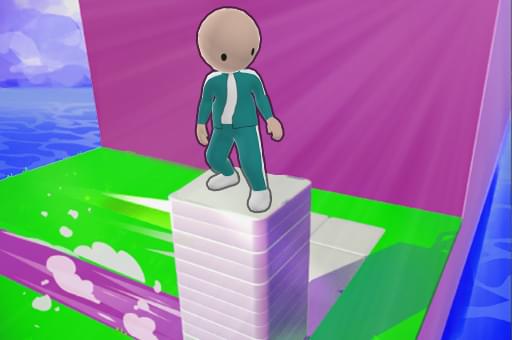 You have to collect all the stack to escape from the game island where scary Squid Game games are played. Jump over the stack you collect by choosing the right path and escape the island! Squid Stacky Maze is a puzzle-style hypercasual game. 30 different levels full of action and excitement are waiting for you. Let's start the game now and be the first player to survive the island! Have fun.

Use mouse or touchpad to play this game. 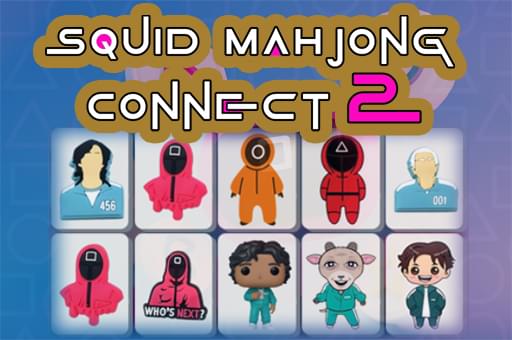 Connect the all squid mahjong tiles and clear the board in this html5 mahjong games. What's the max level can you play? You can use the "Hint" and "Shuffle" buttons for help.

Use mouse or tap to play. 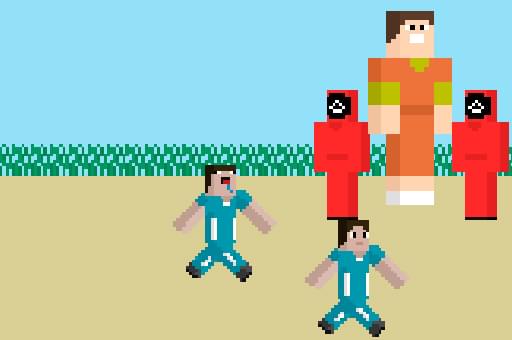 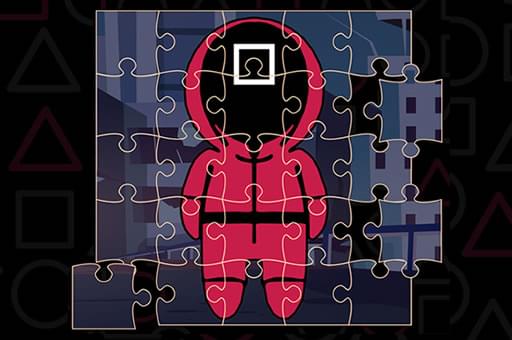 Squid Jigsaw is a fun online puzzle game. Drag the pieces into right position using mouse. Solving puzzles is relaxing, rewarding, and keeps your brain sharp. You need to spend $1000 to be able to purchase one of the following pictures. You have three modes for each picture from which the hardest mode brings more money. You have a total of 10 pictures.

Use mouse on desktop or touch on your mobile device. 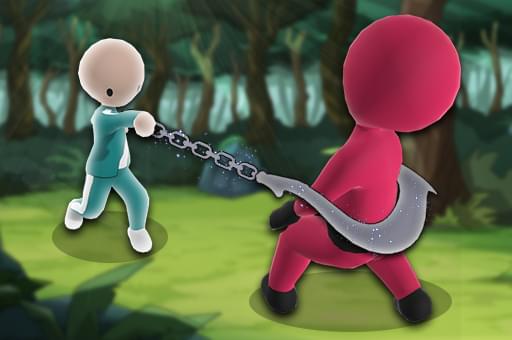 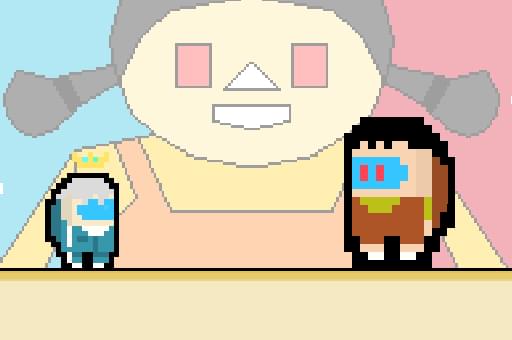 Are you ready for the dangerous adventure of the squid impostor? you must help him. be careful and crush the enemies crush the enemies and kill them all the invisible golden key will appear. Get the key and complete the level. 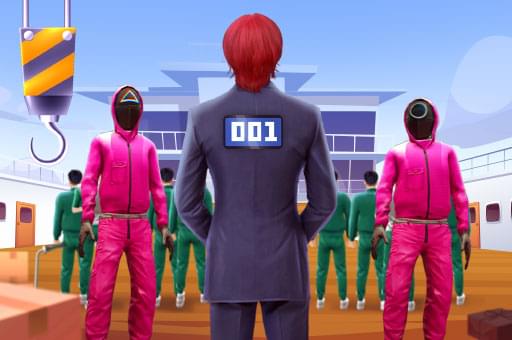 They are coming back!!! With the second part. Face new challenges on the ship in the pacific ocean. It is harder than it was. Survival Squid 2 games are becoming a reality in the modern world. In case of victory, the best one gets a cash prize and recognition. Many mobile games have been created on the topic of survival, where each player tested fate, endurance, and their own health. There will be only one winner in a Squid Game Challenge

Use a mouse or your finger to act, move and jump. 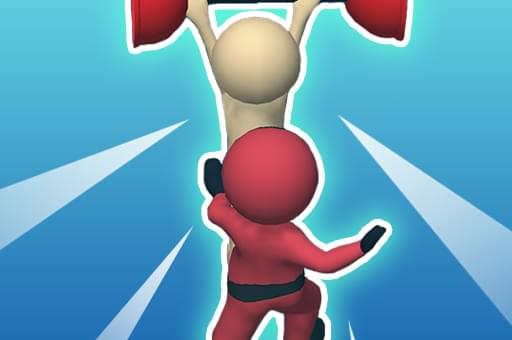 Squidly Escape Fall Guy 3D is actuallyl not a Squid Game simulation action game but a falling skillful arcade game with 3D stickman Squid Game arts. Now the only way for you to survive is to fall from the top of the tower and stay on the finish floor while avoiding all kinds of obstacles like red walls and activated operations. If possible, you are able to collect diamonds while falling at each level. The diamonds are able to unlock more skins in the shop. Good luck and have fun!

Tap to stay on the current floor, loose to fall 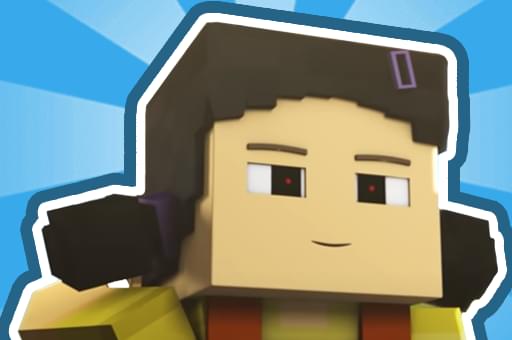 How do you know about Squid Game, which is a famous film recently? Squid Craft Online is a Grandmother's Footsteps simulation arcade game with 3D characters. You need to care about the speaking from the robot girl. When she is speaking, you are able to run forward safely. But when she stops talking, you need to stay at where you are immediately or forwards. Or else, you will be shot and weeded out directly. I hope you will always complete the game in five different worlds on time! 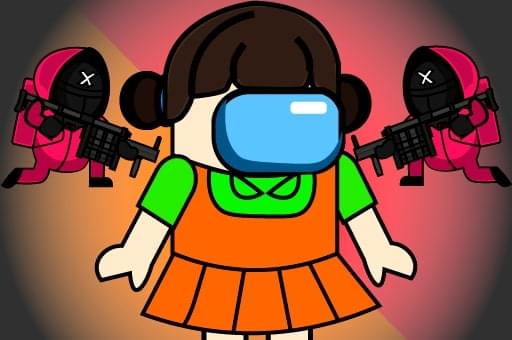 Have fun with this new game Impostor Warline 456 Survivors an entertaining and exclusive game on kiz10.com !! On this occasion the little amons us who participated in a game like the squid game will try to win the first game but now armed Can you control this rebellion and eliminate all the participants who took up arms to eliminate and end the games? Have fun improving your characteristics and improve them by collecting gold and improving your score.

Instructions: Control the character on desktop with the mouse, shoot and use the items, keyboard arrows and keys W to go up and S to go down. Touch the screen on tablet and mobile devices. 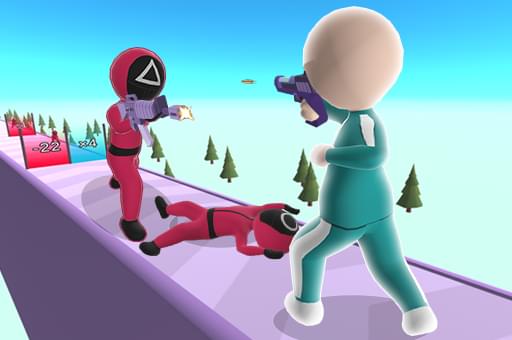 Squid Game legend continues with Gun Fest game. Two of the most popular games of recent times are now gathered in one game. Gun Fest game is with you with Squid Game theme. Try to increase your weapons by doing math operations and destroy the Squid Game employees that you come across! The killer doll may appear sometimes and you must increase your weapon count as much as possible to destroy it. You have to shoot and destroy the obstacles in order to pass many obstacles. When you reach the final line, you can have the proceeds by destroying the robber car. You can buy new weapons with the money you earn. Start the game right away with endless levels and 6 different weapons. Have fun! 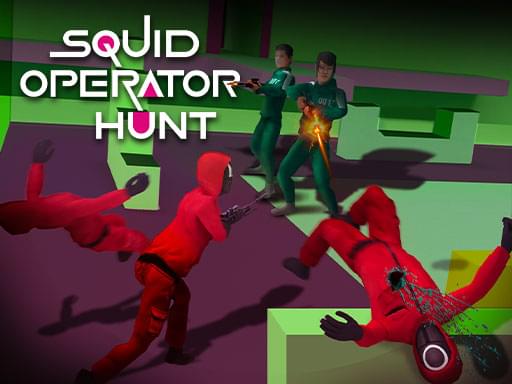 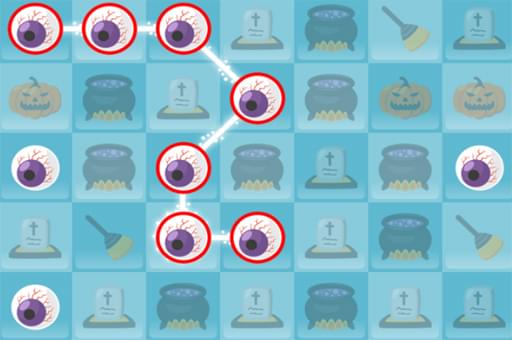 Collect the halloween items in this html5 game. Press any easter item to start. Now move the 'mouse or finger tip' on identical adjacent items (horizontally, vertically or diagonally). Select at least 3 items. Release mouse button to make them match. Each 6th items will give a bonus. More than 7 items will give you a time bonus. Collect the target squid items within the giving time, or you will lose the game. What's the max level can you play?

Use mouse to play this html5 halloween games. 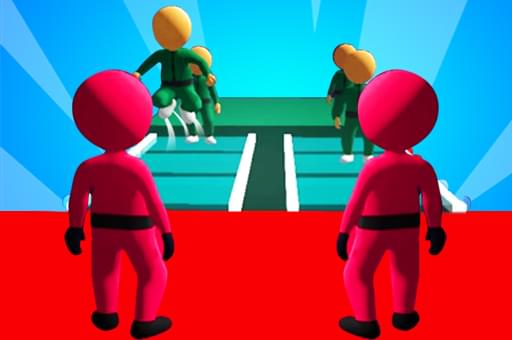 K Game Glass Bridge Survival is recommended as a third-person jumping arcade game with 3D Squid Game roles. In order to survive and complete the current level, you need to jump and overpass the glass bridge at each level. You will be provided with the correct track to the finish platform. As long as you memorize them and jump with following orders. The squares will increase after you overpass each level. Good luck and have a good time! 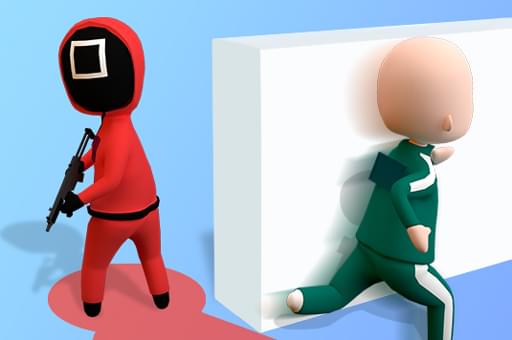 Collect the squid items in this html5 game. Press any easter item to start. Now move the 'mouse or finger tip' on identical adjacent items (horizontally, vertically or diagonally). Select at least 3 items. Release mouse button to make them match. Each 6th items will give a bonus. More than 7 items will give you a time bonus. Collect the target squid items within the giving time, or you will lose the game. What's the max level can you play?

Use mouse or tap to play this game. 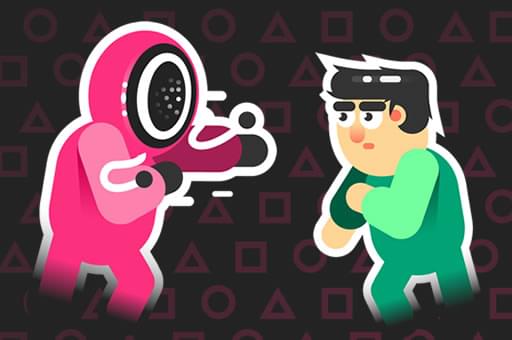 The creators of the game Squid Adventures decided not to waste time on trifles and in one game they collected almost all the tests that the participants in the Squid game went through. Six rounds of tests are waiting for you and the first one is very familiar to you, it is called: Red and Green Lantern. You need to get to the girl's robot, stopping in time at the signal of the lantern. The second round is a dexterity test, in which you need to carve a very fragile figure out of a dalgona candy, wielding a needle. The third is tug of war, and here everything is clear from the name. Fourth - marble balls. You must throw heavy balls into the yellow circle. The fifth is a glass bridge that you need to cross, remembering the location of the safe tiles so as not to fall through. The final sixth round is a square game. It is necessary to run faster than the opponent to the square field.

Use mouse on desktop or touch on your mobile device. 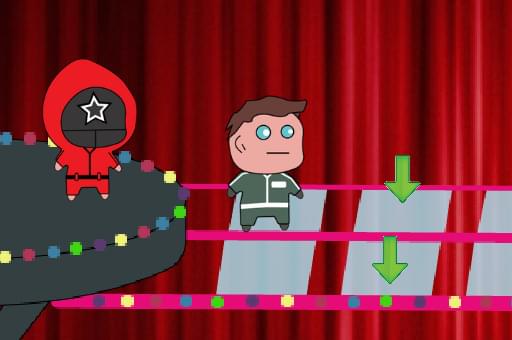 Squid Game Play the squid game Run and stop! Win squid game or lose. Green light - move, red light - stay. If you get noticed you are excluded from the game. This is a real game where challenges await you. Join the most dangerous game and become the winner and remember you drive quieter - you will continue

Touch control on devices with touchscreens. Mouse control on PC. Follow the instructions that will be in the game. 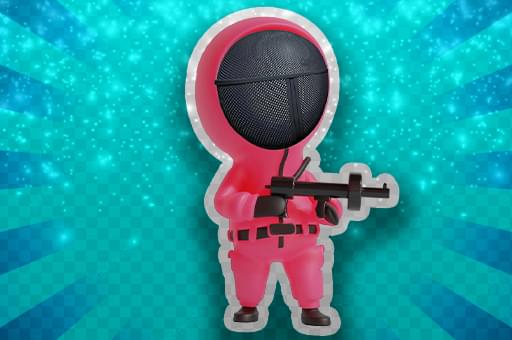