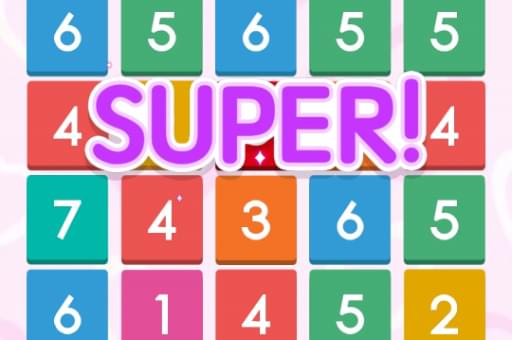 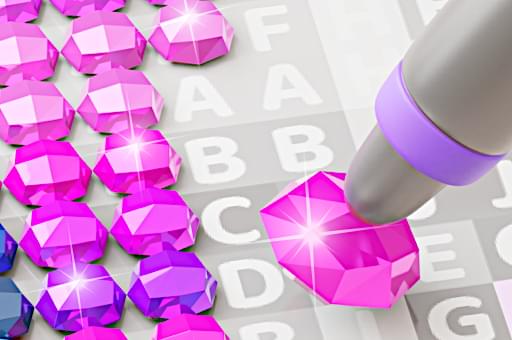 Are you new to painting? Don't worry! Just fill the diamond into the canvas according to the number to complete a masterpiece of your own. There are a variety of pictures in the game for you to choose from! 101 different pictures are waiting for you in the gallery. In each level, the pictures are detailed and the number of colored diamonds increases. 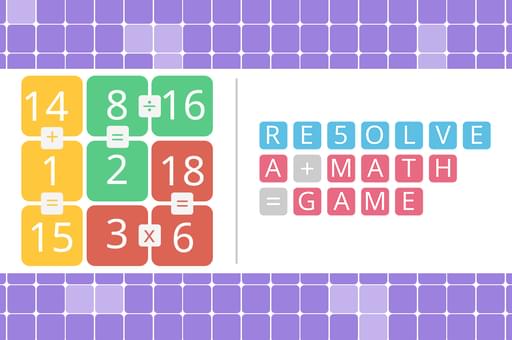 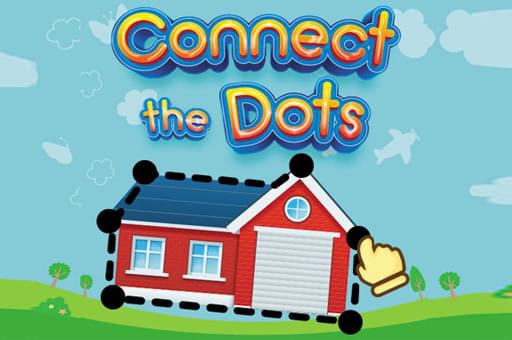 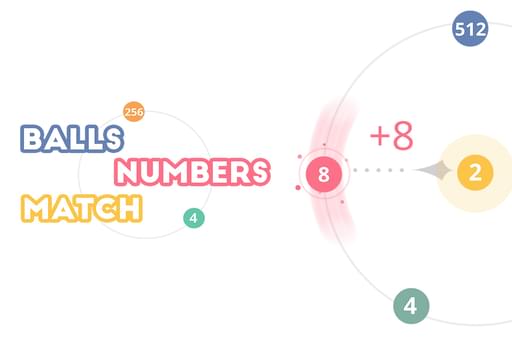 Can you shoot balls, merge them and reach 2048 ? This game is a mix of arcade and puzzle game. You will love it as it is super simple and super fun to play. Shoot balls, if they have the same numbers and are adjacent they will merge and add their respective numbers : 2+2=4 Easy ? Can you reach 2048 ?

Shoot balls, if they have the same numbers and are adjacent they will merge and add their respective numbers 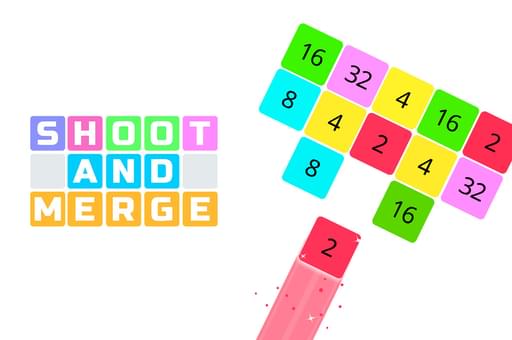 Shoot and Merge the numbers

Shoot and merge the numbers is a very fun game for all. Just tap on the column you want to shoot the block at the bottom of the screen. Try to match identical block with the same number. The identical blocks will merge and generate a new block with a multiple number. What is the highest score you can get?

tap on the column you want to shoot the block at the bottom of the screen. 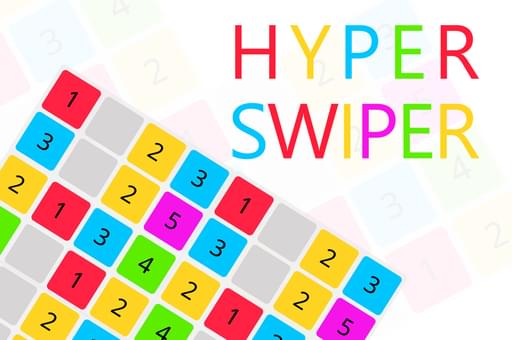 Merge the numbers together to reach the highest number you can 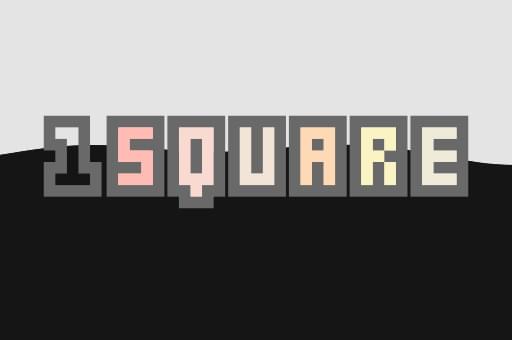 1 Square is a jumping puzzle game. Jump from square to square, decrease the value of each to 1, then jump again to eliminate it. But don’t fall or get caught by the liquid! Clear all the squares and unlock the next challenge. 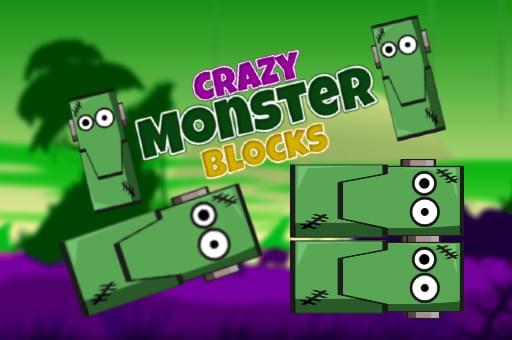 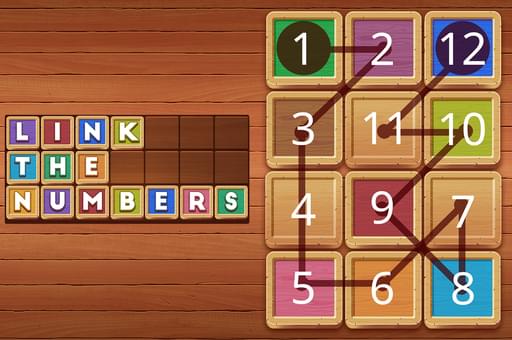 Can you find the correct path to link all numbers in this superb wooden board game? You start with the 1, connecting the 2, then the 3, etc... It's as simple as 1,2,3... It's so relaxiong to play this game and anyone can play it. No worries, puzzles are not too difficult, just enough to make the game fun to play. This game offers you hundred of levels. What are you waiting for to play ? 1,2,3 Get set, go

Connect the numbers together 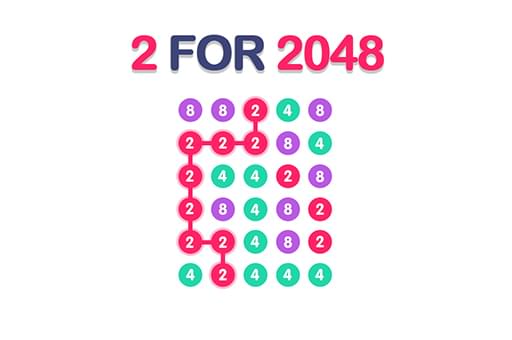 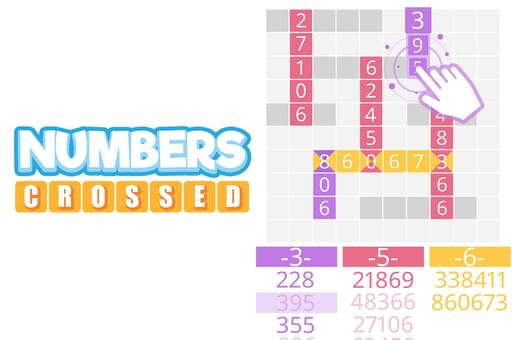 This game is a combination of a crossword game and a mind puzzle. Instead of playing with words you will play with numbers. This game is really simple to understand and play this game and it is also super fun and addictive. You will face numerous challenges depending on your skills, so the game will adapt to your level.

this game is a mix of crosswords and a puzzle. Instead of playing with words, you will play with numbers. 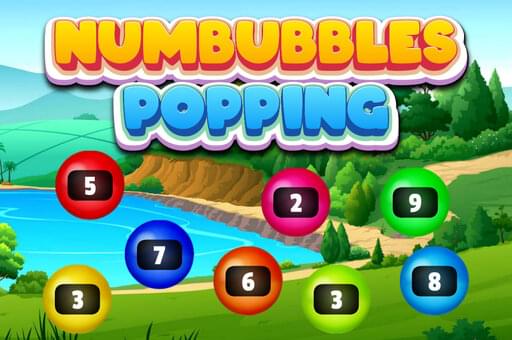 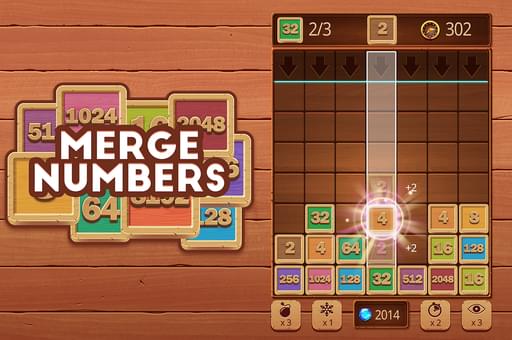 Are you ready to take up the challenge of this game that mixes tetris and 2048? The principle of this game is very simple. At each level you have objectives to complete, such as creating 2 blocks with the number 32. There you have it, nothing complicated, it's super intuitive and really super fun as a game. So what are you waiting for to play this game?

Release blocks of numbers at the top of the playing area. If the released block lands on another block with the same number then the 2 will merge and will become a new block which adds these two numbers. 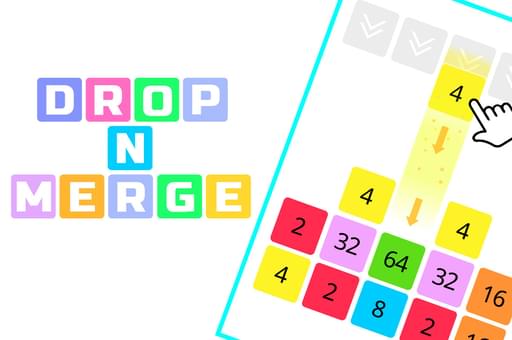 DROP AND MERGE THE NUMBERS is a new kind of game like 2048. Just drop a block, it will automatically merge with identical numbers that are near it. It can create a chain reaction if you are good enough. How many blocks can you unify and what score can you reach before you loose?

You have to drop a block, and it automatically merges with the identical numbers that are nearby 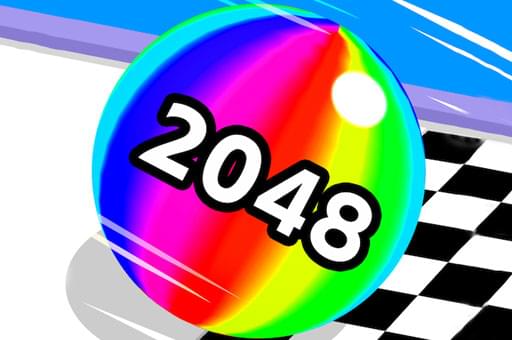 2048 Run 3D is a brand-new free digital online game for boys. In the game, control your ball to merge in different numbers! You can merge balls with the same number and color until 2048 is merged. At the same time, there are a lot of obstacles on the road. The final score depends on the number you merge. The bigger the number, the higher the score and the richer the reward. Have fun with it! 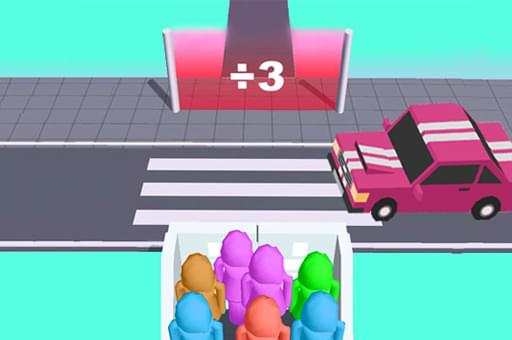 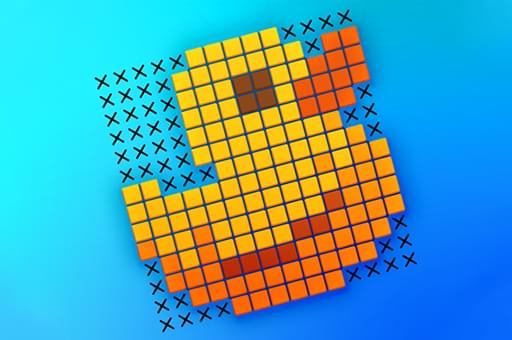 Nonogram Picture Cross Puzzle Game requires your math knowledge and space-imagination skills to work out three difficulties of puzzles. As a typical arcade puzzle game, you need to fill the blank up with the correct locations according to the number tips. Glad you will complete all levels! 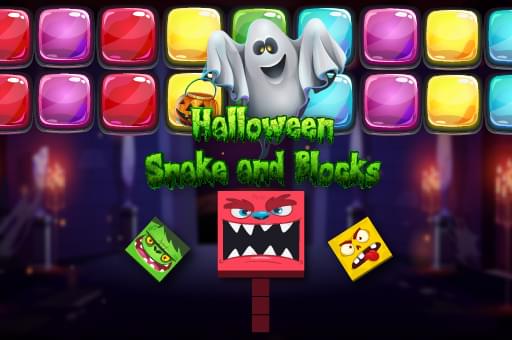 Halloween Snake and Blocks is an addictive hyper-casual game. It is easy to control but also very challenging. Crawl as far as you can and collect points to grow your length. Gather stars to unlock many cool snake skins. A global leaderboard is supported. Play now and raise your name on the leaderboard!

Dragging your mouse or finger to move your snake. Collect points to grow, and avoid colliding with the blocks which have big numbers. Gather stars to unlock new cool snake skins in the Shop. 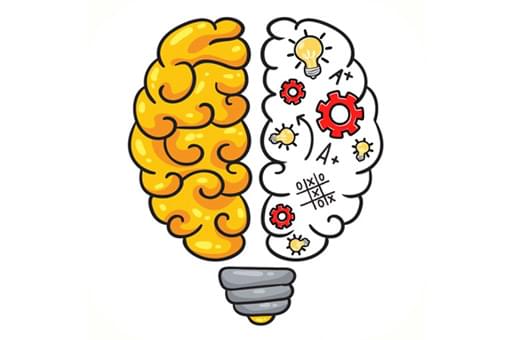 Brain Master IQ Challenge is a free online puzzle game with hundreds of free IQ challenges that will help improve your IQ. It's addictive with a series of brain test levels and IQ challenges. Think carefully to pass all the brain quests and become the person with the highest IQ. Let's started and enjoy the latest brain games today! 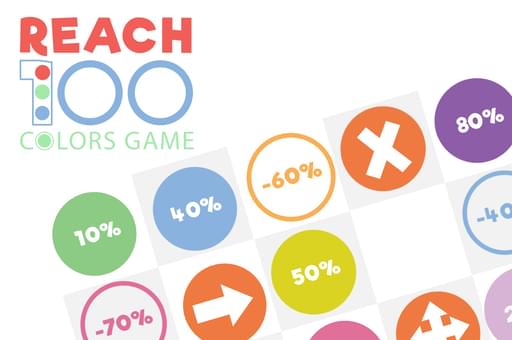 Reach 100 is a game about puzzle and reflexion in which you must regroup numbers to create sums of 100. You have the possibility to slide the different forms and numbers, horizontally and vertically, and add numbers to each other. If you reach the sum of 100, this form freezes and cannot be used anymore. Regroup all forms to reach the end of the level. Put your neurons to the trial and find the solutions on sixty different levels. Levels are becoming more and more complexes.

you have to group the numbers to create sums of 100. You have the possibility to drag the different shapes and numbers, horizontally and vertically, and add numbers to each other 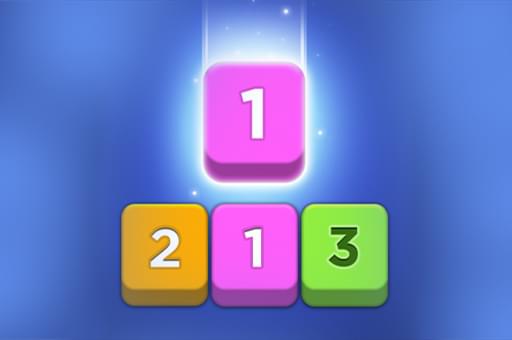 Merge Wood: Block Puzzle is a brand new puzzle game! A new type of brain training puzzle, entertain your brain for minutes or hours. Just drag the block onto another one with the same number! Merge them into a bigger number!!

You have 5 hand cards in the beginning. Drag the first card in the Hand Card Area to any card in the Chessboard Area. When the hand card meets the card on the chessboard, numbers Three or more adjacent cards of the same number will trigger a triple- clear, and then merged to a new card with its number plus one. Upon each triple-clear, you will get a new hand card. You can hold up to 5 hand cards. When the quantity of your hand cards drop to 0, the game is over. 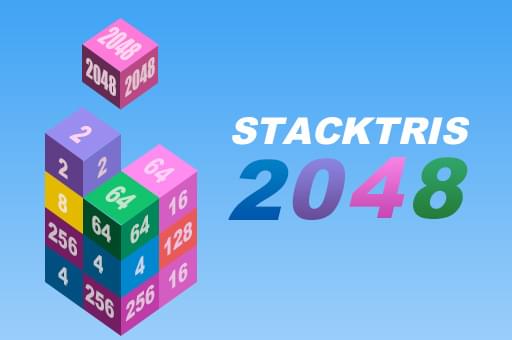 Challenge everyone and score as many points as possible! If you like 2048 puzzles and Tetris, then Stacktris 2048 will not leave you indifferent and will definitely not let you get bored! This is an addictive matching cube merging game for those who love logic games with numbers. Believe if you can reach the number 2048. The famous puzzle, only now from a different angle! Now in 3D and with tetris fusion! Now the cubes line up not only on the plane, but also up! Just without thinking to build this Tetris you will not succeed - you will quickly lose. Build your winning strategy and score the maximum number of points.

Objective of the game: Score as many points as you can by matching cubes with the same number. When several identical cubes are connected, they form one cube with a larger number. The end of the game is determined by the upper bound. As soon as the cubes exceed the limit in height, you lose. Controls: swipe left / right - turn the platform with cubes; Touch - Drop the cube down 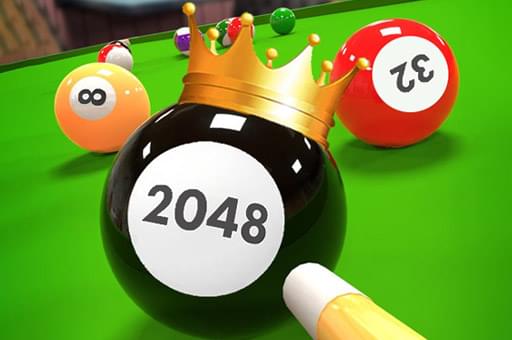 2048 Billiards 3D is a free puzzle online game for boys with many features and advantages, as well as endless levels. You need to find the right angle, and merge the target balls with the same number. Try to complete the corresponding targets and get more gold coins to unlock the props. Can you merge the 2048 ball successfully? 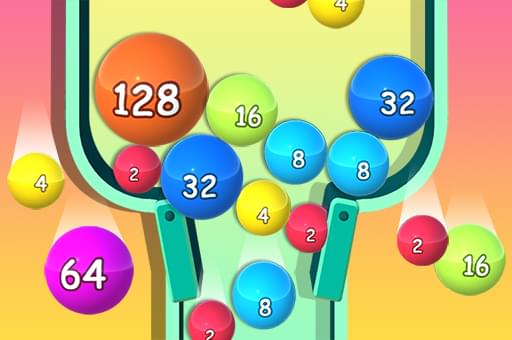 2048 Ball Buster is a brand-new puzzle game with an elimination theme. All you need to do in the game is to eliminate and synthesize more digital balls and get higher points. The levels are rich and wonderful, and you will get more points and more requirements to complete a lot of challenges. The operation is simple and easy, but it can test your brain, and exercise your thinking and imagination! Come and play it!